The Hampton Trust was founded in 1996 to deliver domestic violence prevention programmes to perpetrators within the criminal justice system. For ten years we worked alongside Hampshire police and probation staff delivering programmes for all court mandated referrals.

From 2006 we expanded our services to include community-based interventions. We developed award-winning programmes such as ADAPT (Accredited Domestic Abuse Prevention Training) to work with adult perpetrators and the acclaimed LINX model to work with young people who had experienced domestic abuse and were committing violent crimes. Confronting violence at a community level means we are challenging these cyclical behaviour patterns head on rather than simply dealing with their consequences.

In 2011, we returned to our criminal justice roots in the form of Project CARA (Caution and Relationship Abuse); domestic abuse awareness raising workshops were delivered to offenders as a conditional caution. We worked closely with Hampshire Constabulary and Cambridge University’s Institute of Criminology to deliver CARA under randomised control trial conditions. CARA is a national and international first for testing this approach.

We continue to contribute to testing new approaches in criminal justice responses via our adapted LINX programme delivered under Project Gateway and designed to transform the treatment of 18 to 24-year old’s entering police custody. We are currently developing interventions for female offenders using a trauma informed approach.

A RYDE man who told police he was a virgin, but subjected a girl to rapes and other sexual crimes in the early 1990s, has been jailed for a decade. Steven Roy Reddin, of Arundel Close, appeared before the Isle of Wight Crown Court today (Friday). At a previous hearing on May 24, the 58-year-old admitted […]

A 50 year-old man from Southampton has been sentenced to nine years in prison after he raped a seventeen year-old girl in Ventnor in 2019. On 9 February 2019 the victim, who is from the Isle of Wight, was socialising with friends in Ventnor. Liam Morrow of Hartington Road in Southampton spoke to them and […]

Charlene Chika Osuagwu reflects on the first anniversary of George Floyd’s death – and experiences what it’s like to make a film that changes people’s lives. After eight months working across two productions for Zinc Media, it is officially my last day here. During my time at the company, I have produced Brook Lapping’s Ian Wright: […]

A DOMESTIC abuse charity has criticised the sentence given to a man who kept his partner prisoner in her own home and beat her for 10 hours. On Monday, Marc Long jailed for three years for assaulting his then-girlfriend and preventing her from escaping the violence that she had to endure. Now, The Hampton Trust, which […]

We are pleased to be providing remote training on Understanding Adverse Childhood Experiences and its impacts to professionals across Southampton. We currently have 200 spaces available. The workshop provides an opportunity to gain a greater understanding of trauma informed responses and the link between adverse childhood experiences and trauma. The training is suitable for front […] 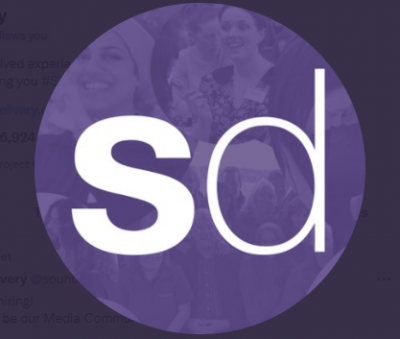 Chantal Hughes is the Chief Executive of Hampton Trust who deliver frontline services tackling root causes of domestic abuse with specialist early intervention and rehabilitative programmes for adult offenders and young people in a range of settings. In this guest blog she shares her experience of working with a production company to contribute to the […]

FORMER Arsenal and England striker turned broadcaster Ian Wright visited a Southampton charity as part of his documentary on domestic abuse. Hampton Trust appeared in Home Truths, which described the ex footballer’s personal experience of growing up in a psychologically abusive and violent home and examined how different people are trying to deal with domestic abuse. The […]

The Independent Sexual Violence Advisor (ISVA), delivered by domestic abuse charity, Hampton Trust, is recognising its 10 year anniversary this month. The service offers survivors support to sexual violence and abuse survivors on the Isle of Wight at a time when they are ready to come forward about their trauma, which could have happened recently […]

SEXUAL assault and domestic abuse victims across Hampshire are due to get improved support after a successful bid for a grant worth £767,840. The award will fund an extra 19 specially trained staff to support the most vulnerable victims in the county, including children and young people. The cash will pay for ten independent domestic […]

Ian Wright’s very moving and very personal documentary is, on the face of it, about domestic abuse, a social evil that is only now starting to be treated with the seriousness it deserves. It is also a study in bravery, both of those who have been through the ordeal – including Wright himself – and of […]

Former footballer Ian Wright is adored and revered by millions of people, but as a result of his traumatic childhood he hasn’t always recognised or trusted his success. The victim of domestic abuse as a child, Ian has spent the past few years bravely delving into his past experiences, both personally, and for a BBC […]